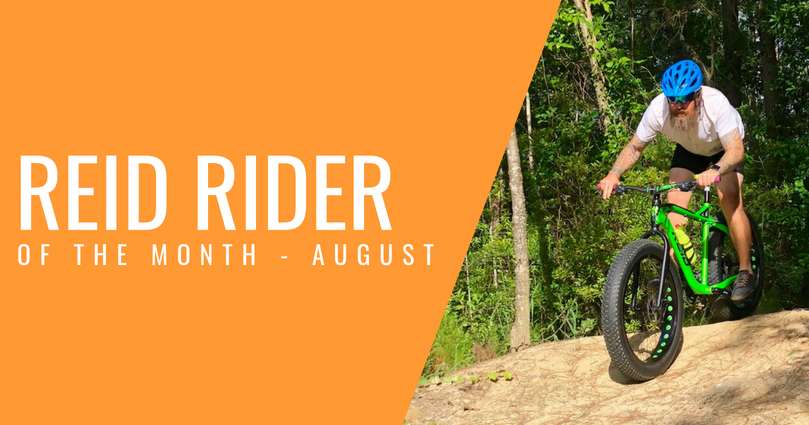 Joseph Karaszewski (@mortarraid05) is our REID Rider of the Month for August!

Joseph from New York, America has become our REID Rider of the Month for August on his Hercules Fat Bike! We caught up with Joseph, to find out a little bit more about him and his bike…

My name is Joseph Karaszewski and I’m originally from Yonkers, New York. After serving in the United States Marine Corps I decided to call Wilmington, North Carolina home and love it here. I’m employed with AT&T as a Wire Technician, have three attention loving dogs, and am a huge movie buff. I actually have an Australian connection – my wife’s Uncle and his family live in Caloundra, Queensland. 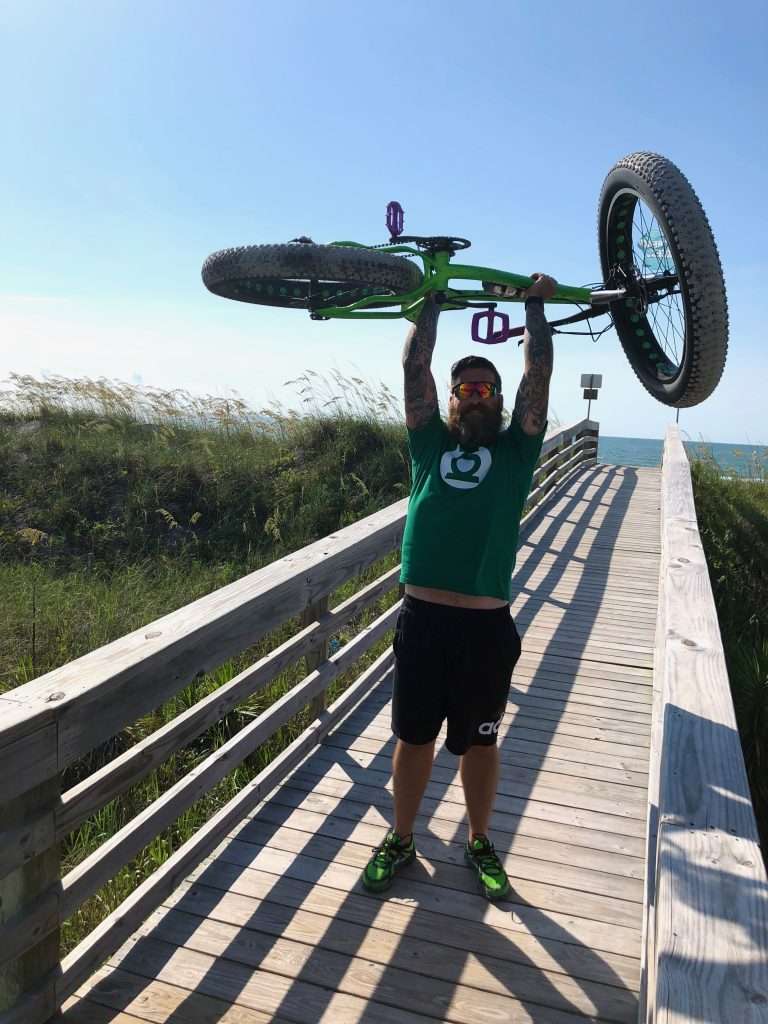 When and how did you get into bike riding?

I’ve rode bikes on and off since childhood but my real passion for riding started last year after my wife’s grandparents gifted us with mountain bikes. North Carolina State Parks runs a challenge with different goals for outdoor activities (@nc100milechallenge), my wife joined, and I wanted in too. We are lucky to live in an area with plenty of trails, bike paths, and beaches to ride and my love for biking took off. 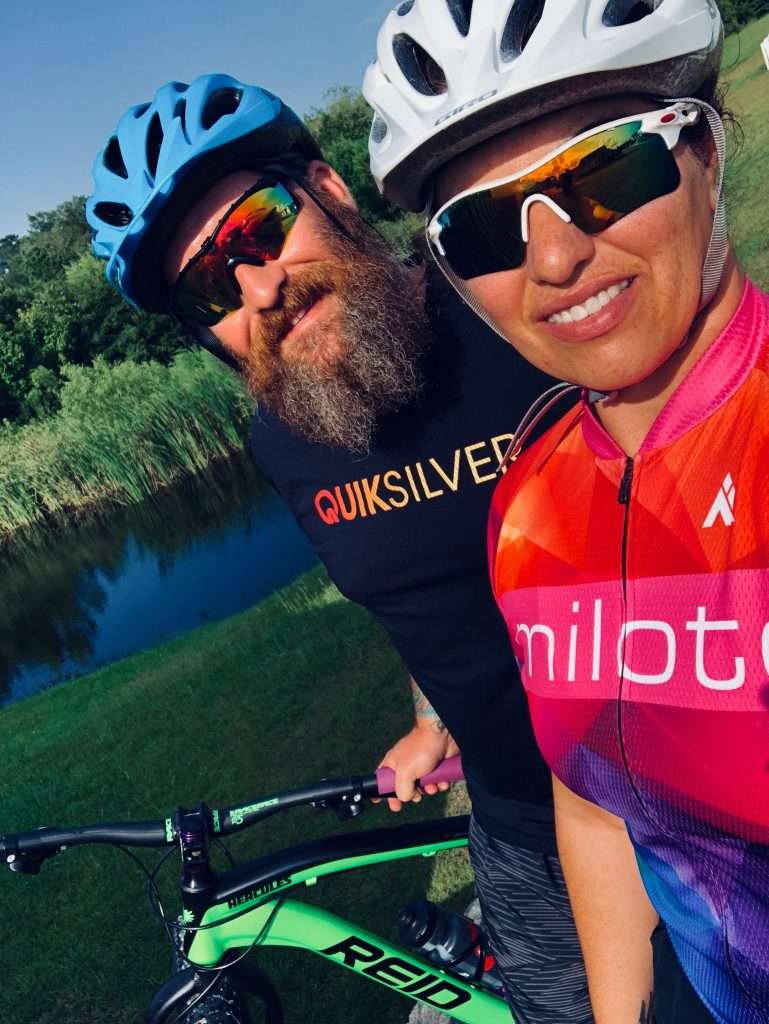 So what made you choose REID and why the Hercules?

I enjoy my mountain bike but a fat bike caught my eye in a bicycle shop and once I started researching and reading reviews I was hooked and wanted one. City Bicycle Company (@citybicylecompany) put me on a fat bike and the test ride sold me. The REID Hercules has an incredible amount of positive reviews on the internet that strengthened my obsession. Matt at City Bicycle shared his personal experience of his first REID ride and his decision to start selling them. After months of not shutting up about the Hercules my wife surprised me with it for our anniversary. 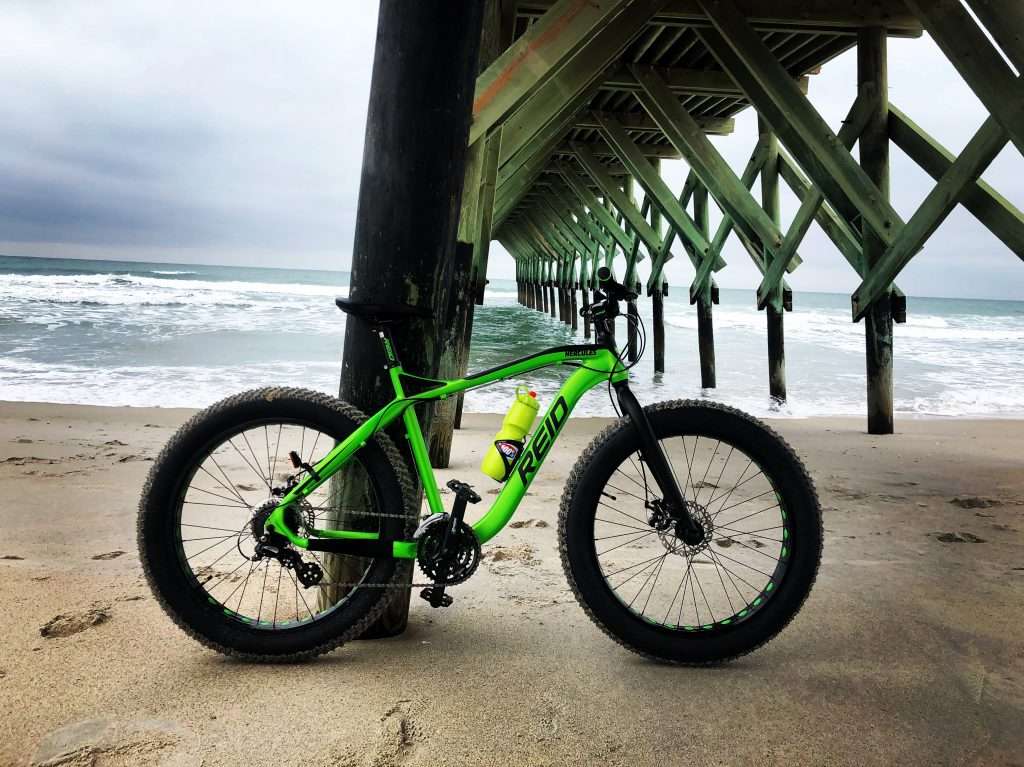 Is this your first Fat Bike?

Yes. My other bikes are a mountain bike and a fixie. 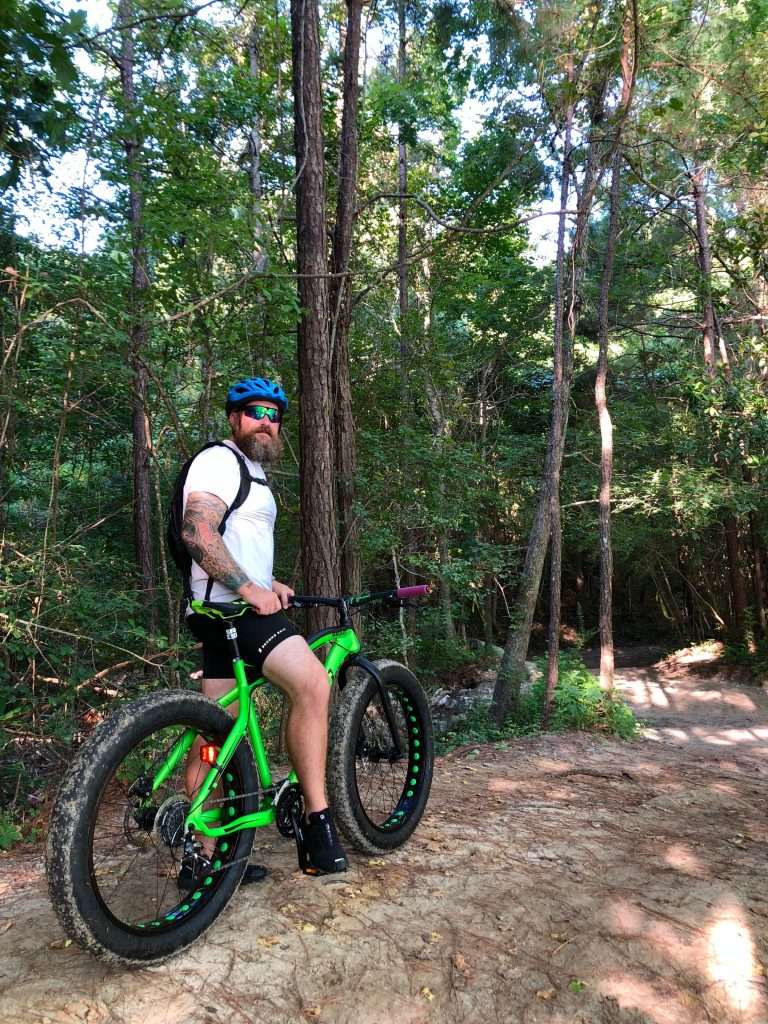 So, how has the Hercules treated you?

It is definitely my baby and has taken biking to a whole new level. The Hercules really is an exceptional bike. It doesn’t matter where I ride at it rides and handles smoothly. There is nothing like letting a little air out of the tires and enjoying the beach or sandy trails with no problem! 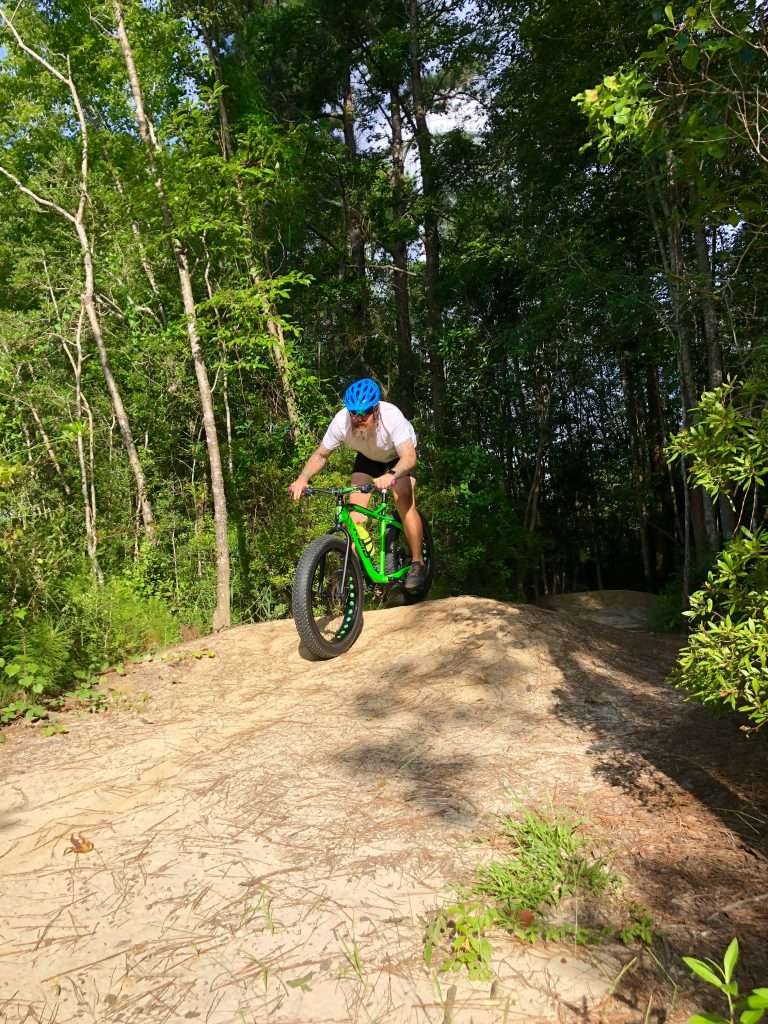 What and where have you been with it?

My Hercules hits the sand on our many beaches nearby as much as possible. I also take it for rides on gravel at a game-land preserve, on single track bike nature parks, and have been on the pavement riding in our residential neighborhood as well as on the highway. 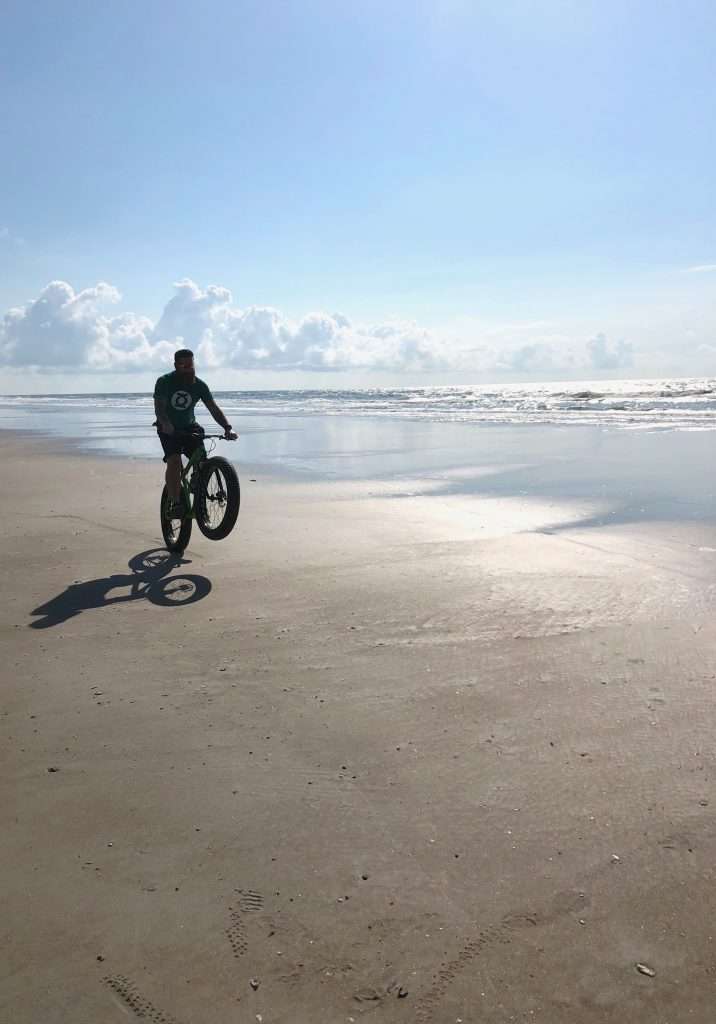 Do you have any other future adventures planned?

I will be registering for the US Open Fat Bike Beach Championship in 2019 held on Wrightsville Beach, North Carolina. The rest of this year will consist of finishing my 500 miles goal on the North Carolina Parks Challenge. Next year I plan on a goal of 1,000 miles and venturing out and taking my Hercules everywhere that I can. The bike itself is slowly being customized and additional tires are in its near future. 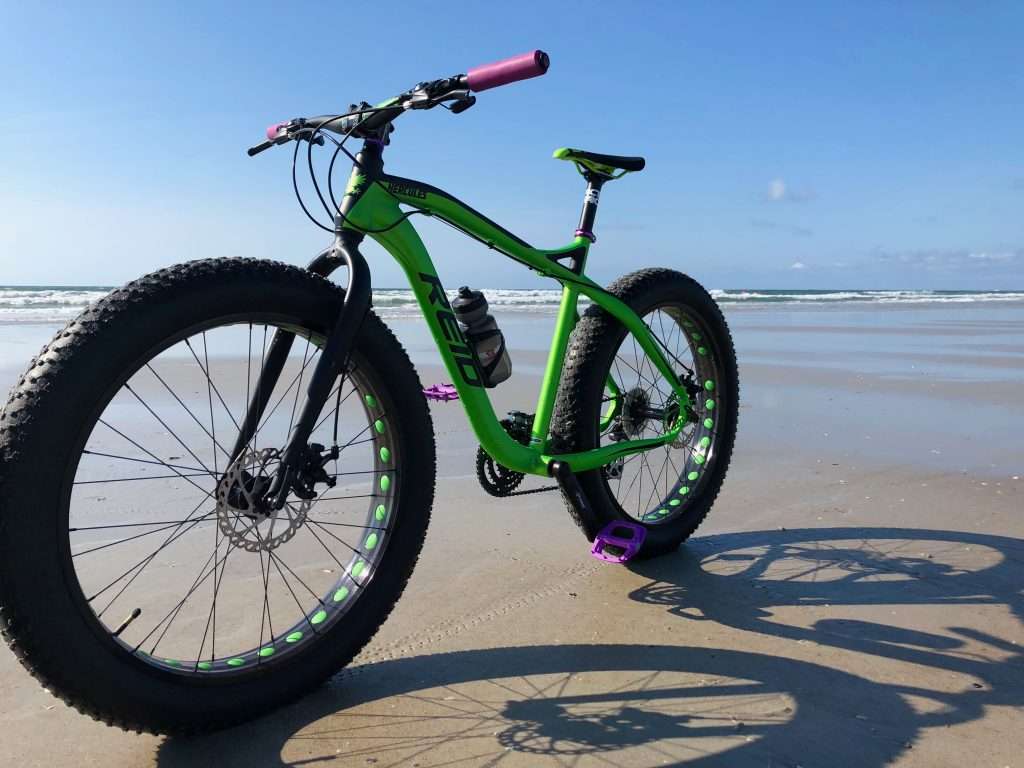 Finally, what advice would you give to those who have never been on a biking adventure or even a bike?

Having a bad back and a bad shoulder makes it difficult for me to enjoy physical activities. I had to give up kayaking years ago due to failed corrective surgery that made my shoulder worse than it was. Biking does not give me an issue with my back or shoulder and is great exercise. Most bike shops will sell you what you truly want and need. Take your time researching bikes, talk to other riders, and explore what is available for riding in your area and you will be on the way to enjoying biking. 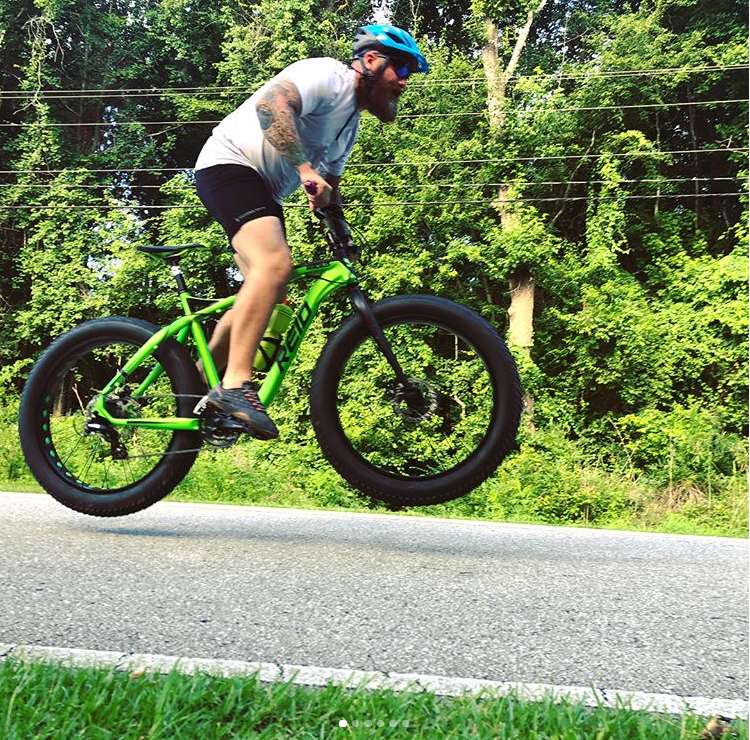 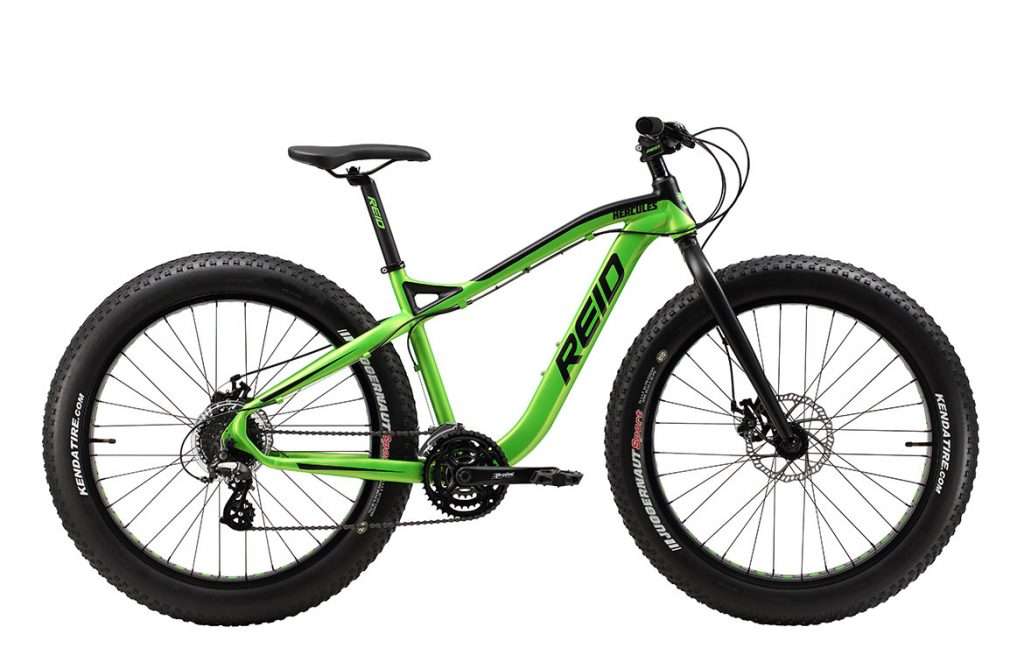 Designed to carry adventurers off the beaten path and into the wild, prepare for epic cruises along the beach, power slides on snow and solid adventure anywhere you take it.